The blood supply of the uterus is by the uterine artery, a branch of the internal Iliac artery and ovarian artery a branch of aorta. The uterine artery passes inferiorly from its origin into the pelvic fascia and reaches junction of cervix and uterus by passing superiorly. It is  superiorly related to ureter which passes the pelvic brim to the urinary bladder and crosses bifurcation of common iliac artery. uterine artey anastomoses with ovarian artery superiorly and vaginal artery inferiorly.

Cyclical Changes of the Endometrium

The three major phases of the cycle that manifest in the endometrium are the proliferative (follicular), secretory (luteal), and menstrual phases.

The uterine artery runs along the lateral wall of the uterus, and then penetrates the myometrium and divides in general into an anterior and posterior branches. As they course toward th center they are called the arcuate arteries whose direction in general is circumferential around the the uterus.  They give rise to the radial arteries which course almost at right angles toward the endometrium.

Branches from these arteries pass to the endometrium.  As they enter the endometrium they run a straight course and supply the stratum basalis and as they enter the superficval layer of the stratume functionalis they become coiled  and are called the spiral arteries. The straight arteries do not undergo cyclic changes, and hey supply stable unchanging blood supply to the stratum basalis which does not shed at the menses.  The spiral arteries in the startum functionalis on the other hand are subject to significant change with hormonal fluxews.  Just before  menstruation the spiral arteries coil, and initially vasodialte and then there is an intense vasoconstriction causing ischemia and subsequent ischemia and destruction of the stratum functionalis which sheds as a result.

Sokol Eric Clinical Anatomy of the Uterus, Fallopian Tubes, and Ovaries Glowm.com excellent review of the anatomy and the blood supply

Map of the Uterus and Ovaries 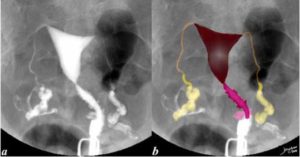 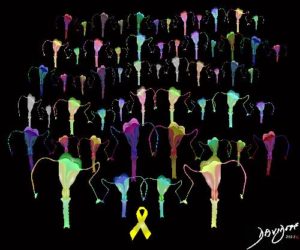 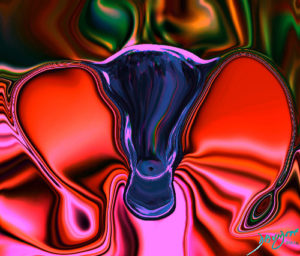 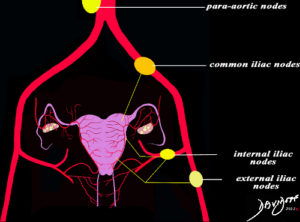 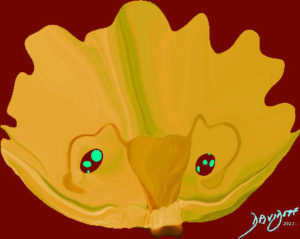 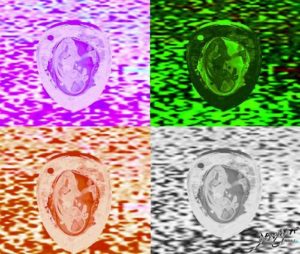